← Match Report: Steelkings vs Phantoms
Oakley vs Oakley and Oakley →

You may recall seeing tweets and Facebook posts asking for people to vote for the Steelkings in the MARS Milk Fund contest, and a lot of you did – for which we’re eternally grateful.

There were a huge amount of very worthy causes, all in need of the money offered, and while we weren’t successful in being awarded the full £1000, we are pleased to announce that we were selected as one of the £300 recipients!  A photographer came along a couple of weeks ago to take some photos (and bring us some MARS Milk to drink!).

This is fantastic news for the Steelkings.  As a non-profit organisation, we rely heavily on donations and funding, and this money has enabled us to purchase several new pairs of sledge hockey sticks – which were desperately needed after certain members of our team insist on slap-shotting the puck a little too hard and breaking theirs! 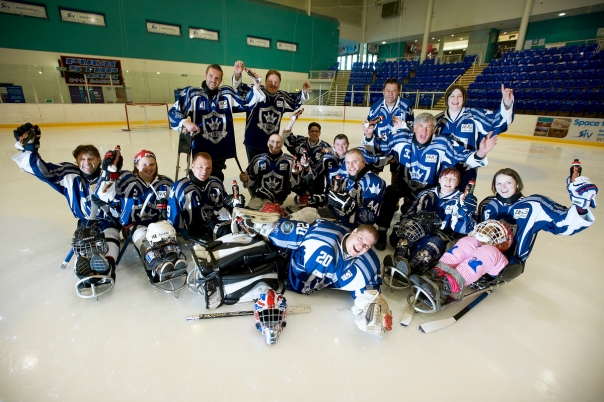 Thanks again to everyone who voted for us, and to MARS Milk for the money!

Posted on 5 June 2015, in News. Bookmark the permalink. Comments Off on MARS Milk Fund Success!.

← Match Report: Steelkings vs Phantoms
Oakley vs Oakley and Oakley →